Posted on September 5, 2016 by John Phillips 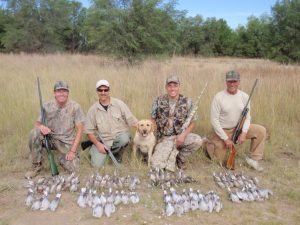 More than 950,000 people hunt and fish in Colorado every year. That’s second only to the ski industry.

According to CPW, the cost of doing business has shot up like a pheasant on opening morning.

“Everything from maintaining our fish hatcheries to vehicle maintenance to just the cost of our wildlife management programs,” Neal said.

The current cashless climate has prompted the CPW to contemplate raising hunting and fishing tags up to 100 percent.  For example, you want to hunt a buck?  Now it would cost you $45 but could eventually cost you $90. That’s a lot of bucks for a buck.

“A hundred percent is a, makes me sick to my stomach,” a customer at Cabela’s said Wednesday.

“I’ll probably still pay it. I mean what are you going to do? They gotcha, they gotcha,” said another.

Whatever the increase, from 0 to 100 percent,  the voters of Colorado will be the ones who decide.

This entry was posted in hunting and tagged colorado hunting, colorado licenses. Bookmark the permalink.